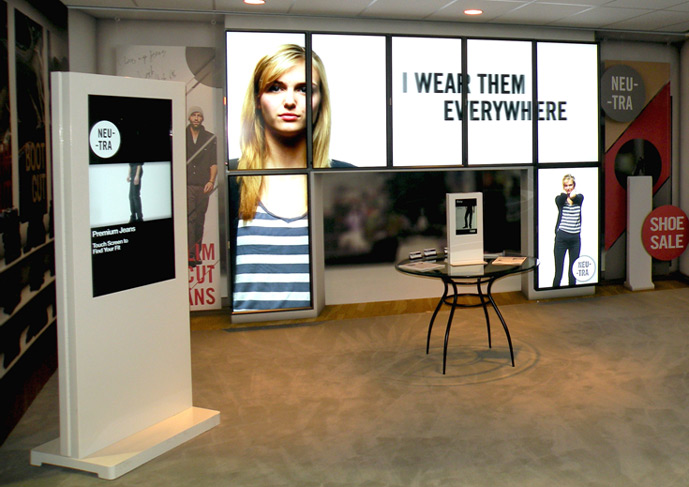 Walking down any main street, you can’t help but notice the trend of retailers propping up digital screens against their shop windows.  Some retailers opt for large, impactful, custom-built installations, while others settle for ‘bang up’ jobs – repurposed flat screens sidled up against a street facing window.  Why are they doing this? And more importantly, why now?

Despite the fact that 90 per cent of all retail activity in the US still happens in store, the US market is on track to shut down more stores in 2017 than in the 2008 recession.  Rising cost pressures, combined with digital first retail competitors with different operating models and cost base, and an ever-changing digital consumer, create a perfect storm for retailers that is forcing them to radically rethink what they need to do to remain profitable.

The makeshift Samsung TV wedged against analogue window, on first look, appears an unremarkable, mundane observation.  In reality it represents one of many fledgling digital retail ‘plays’ in a playbook that also includes the more commonly discussed innovations such as beacons and augmented / mixed reality. This is as the industry grapples with creating the long-term competitive value add of physical retail in a landscape accelerating towards technology automation and data optimisation across the supply chain.

The parallels to the advertising market are revealing.  In 2016, Facebook and Google claimed almost all growth in the digital advertising market.  Despite this fact, Darwinistic competition in the world of media trading only accelerates, with hundreds of media agencies and ad-tech companies vying for a seat at the table or dying in the attempt; the latter increasingly likely.  As automation and programmatic trading technologies in the digital (online and mobile) space matures, the competitive USP in the battleground for brand ad dollars is shifting more and more towards owning the best view of the customer through data.

Brands themselves are adopting tools for the automation and optimization of omni-channel marketing and in the process gaining a unique 360-degree view of their customers through owned and purchased data.  The ability to leverage this data in the activation of media across any advertising channel in real time is expected.  In response, the digital native ad-tech industry has set their sights on traditional media channels such as TV, radio, and out of home, with a view that the addressable market for tech and data enabled media activation is all advertising over time.

On the other side of that looking glass, traditional media markets, having observed the digital media revolution over the past decade, are forced to rethink what they need to do in order to retain market share and, if possible, capture some of the flow of ad dollars that continue to be funnelled into digital.  In the UK, the out of home ad industry’s multi-million dollar investments in digital screens have resulted in an economy where digital revenues now represent 42 per cent of the overall market spend. This is driven by only 10,000 screens, or about two and a half per cent of total billboard and street furniture assets.  The results are encouraging enough for the industry to continue the capital intensive investment.

As out of home participants invest in the technical foundations required for the collision of digital and traditional media trading automation, a wider market collision course – one between advertising and commerce – could prove to be where the sum of the parts of out of home and physical retail create the greatest value.

Here’s how such a future could evolve.

Out of Home ‘Media Decisioning’ From Customer Data

As digital screen installation prices continue to fall, and trading automation technology matures, out of home media is on a trajectory to become universally accessible across not just specialist out of home automation and programmatic platforms, but the domain of omni-channel ad-tech and mar-tech buying points, enabling real time activation of data across all channels.

The Bricks and Mortar Media Owner

As the cost challenges of physical retail continue to mount, automated trading of digital out of home media will reach a tipping point, creating an opportunity for some retailers to effectively become media owners.  By monetizing their audiences (footfall), retailers will be in a position to help offset costs with a secondary ad revenue stream.  In much the same way that online advertising fuelled the online content economy, digital out of home has the potential to help sustain main street.  Retailers, much like online publishers, will be in the driving seat of their owned space, setting the dial controlling the frequency of advertising versus in store content, and brand safety measures they deem acceptable.

As way of hypothetical example, let’s say that we pitched site ownership to Starbucks – who’s pre-tax profit has seen a 60 per cent decline since 2015, to $17million in the UK – with a plan to monetize the audiences across the 500 plus UK coffee shops with fitted digital screens plugged into media exchanges accessible to complementary brands such as Apple, SecretEscapes, or local SME’s.  Starbucks’ responsibility would be to open the door and cash the check.  In this hypothetical scenario, if Starbucks were achieving only 15 per cent of the total screen utilization for advertising and give up 70 per cent to distribution cost, they would still receive a check that would see a profit uplift of nearly five per cent.  Further, if they invested to own the media they could strip out much of the 70 per cent distribution cost.

It’s likely over time that third party providers who cleverly package and service the hardware and software optimized for monetizing audiences in the retail environment have the opportunity to expand the value proposition of activating customer data by supporting the advancements of the digital enabled personal retail experiences, such as self service display and concierge, mixed / augmented reality and beacon driven directed content, or even direct commerce.

Out of Home Advertising and Retail Converge

Could digital out of home screens of today evolve to become the digital store shelves of the future?   If you believe this is farfetched, like with programmatic buying today, the cues from the online advertising world are already in place.  Facebook, Instagram and others have already leveraged transactional ads for some years, with relatively mild success to date.   Furthermore, as demonstrated by Amazon’s ‘Dash’ button, one click transactional advertising has already broken into the physical world.

Beyond advertising and ecommerce, automation technology is rapidly expanding across the entire supply chain, including mobile payments and invoicing, inventory / yield management, fulfilment and autonomous delivery services, and in the future, even manufacturing APIs.  Technology companies are able to scale and democratize access to these services via owned platforms or via APIs for customers to utilize in third party platforms.  Shopify is a great example of an ecommerce platform that leverages APIs from third party technology providers to enhance their core offering as an e-shop front window for SMEs. Customers have access to all the tools to run their business via the Shopify App store, where partner technology providers integrate to provide any number of e-retail relevant services across marketing, operations, finance, etc.  Companies, like Shopify, have completely democratized access to ecommerce to retailers large and small.

Will the evolution of and access to automation technology and services enable the next ‘Shopify’ to democratize access to the main street in much the same way?  If so, digital out of home could very much become the linchpin that connects the spheres of advertising and commerce to the main street, where 90 per cent of consumer purchases still take place. 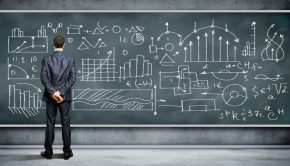 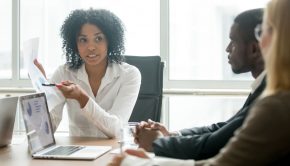