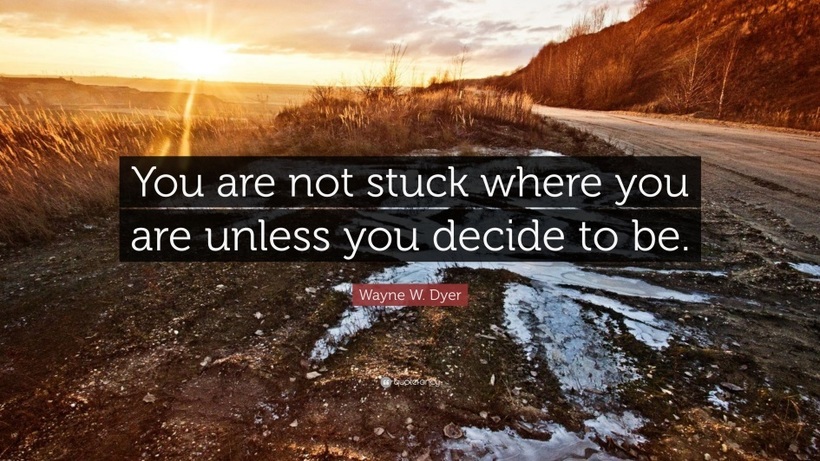 Don’t Blame the Past: A Case for Passion Forward

In 897 AD, the cold corpse of Pope Formosus was put on trial for “transgressions” made during his life. The cadaver was convicted, de-cloaked, and thrown into the Tiber River. The period following the trial was marked with massive change, political upheaval, and a struggle for control within the Holy See – but no progress was made. History shows us that overreacting, while blaming outdated practices and former leaders is indicative of small minded managers, rather than the behavior of leaders.

Success in life is a time allocation problem. Dwelling on the past is wasted time. The same is true here. It is doubtful that a posthumous trial would have solved any of the issues facing the Catholic Church at the time, but the Church was compelled to conduct it because, let’s face it, the future is hard. The unknown forces us to engage our brains, consider uncertainty, and make choices with imperfect information. It’s easier to talk about how badly someone else screwed up than to make decisions, break with inertia and grow.

While substantially less dramatic than the papacy’s shenanigans two millennia ago, the current changes in the media industry are equally unsettling to business models. Reverberations from the world’s transformation to a digital future have impacted everything we do. The traditional media industry must leverage its innate value, but to do so, must begin to put outdated models and practices behind it while adopting a new way of thinking. With an eye toward the future, we need to focus our passion forward.

Fortunately, we don’t have to look far to see this in action. Nearly 50% of North American venture money (~$33b) was invested in Silicon Valley last year. The next largest allocation was made in New York (~$8B). One reason for this dramatic difference is the region’s culture. The Valley is inherently forward thinking, and its entrepreneurs take ideas, build an execution plan, and plow ahead. They allow the past to inform their strategies, but don’t let it slow them down.

Moreover, there are far fewer stigmas around projects that did not work in Silicon Valley. Failure is expected and accepted within a portfolio, because the risk environment is focused on the future. There is a universal passion for forward thinking that reinforces itself project after project. Entrepreneurs take what they learn and move on. The result is an unprecedented hub of innovation. The same cannot be said in traditional media-land.

Today the media industry seems largely schizophrenic with what lies ahead; talking about the future, but spending far too much time discussing issues of the past and on maintaining the challenged status quo – “It was so good for so long, why not try to keep the party going?” But by not aggressively addressing the inevitable changes, we are only increasing the risk that certain companies and media sub-sectors will become marginalized. If we wait too long, the only folks left to blame will be ourselves. Wall Street analysts ask every traditional media CEO about his/her strategy for the digital future. Sadly, a majority of the answers leave the analysts wanting. Reference Joshua Cooper Ramo’s book “The Seventh Sense,” where he pleads with his readers to develop a better instinct for the changes inherent in the new connected world powered by networks.

Advertising-supported web and mobile platforms have transformed media to such a degree that traditionalists may not fully appreciate the new ecosystem’s inner workings or underlying platform economics. It’s a powerful set of tools and solutions growing at an accelerating rate. But amidst this innovation, there is plenty of room for growth. Web and mobile metrics, ad unit valuations, and the many new buying tools are far from perfect. The struggle for supremacy, standards, and measurement is far from over.

It’s an exciting time in the space. As Silicon Valley would put it – it’s ripe for disruption. Unfortunately, today’s media companies are quick to cover their shortcomings by blaming events or actors of the past. Pointing the finger at the Interactive Advertising Bureau (IAB), the anti-trust campaigns against Google, or at siloed agency buyers does nothing to establish a better path forward. In lieu of innovation, media companies are condemning people and decisions of the past. Once again, we are putting corpses on trial. Even our largest agency clients are actively transitioning themselves – and we need to do the same. (See Allison Weissbrot’s article “Move Fast and Break Things…”).

Fostering a passion for forward thinking is the only way traditional media providers will see themselves beyond the end of the decade. In the meantime, let’s not underestimate the power of these outlets – they’re iconic mediums for brands. Outdoor billboards and cable television have defined generations. Additionally, these media formats continue to garner attention from large, diverse, and increasingly connected audiences. New innovations promise to elevate these benefits further with performance metrics, comparative buying systems, and sales teams that will use these tools to evolve from mature business order-takers to thoughtful and strategic media solution providers.

It’s time we in the media industry focus on solving the issues within the evolving landscape. We need to improve industry practices (sometimes in collaboration with one another) and we need to learn from disruptors. There is a reason that Facebook and Google have siphoned billions of ad dollars from traditional media outlets. We will develop greater business intelligence, listen to the data, and automate everything. We must work with agencies to break the silos and provide brands with packaged cross-media strategies backed by insightful data science and feedback loops. These are the characteristics that defined the rise of disruptors like AOL, Uber, and Expedia; and the same factors that will plot a path forward for the likes of linear cable, out-of-home, print, radio, and broadcast.

We must adopt current digital best practices then add, tweak, and grow the system in ways that suit our mediums and our clients. Of course, we should do our homework, run scenarios, buy insurance, wear hard hats and put on safety goggles – but we must focus on what’s ahead and take risks. I would rather go out fighting for the future than letting it run me over. From here on out, it’s passion forward. 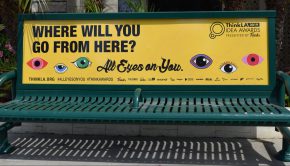 Why I Love Out of Home Advertising → 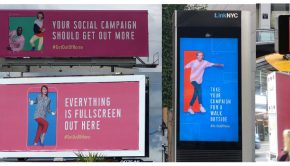